If you are getting into bag making, furniture repairs or making or even costume making you might keep hearing the terms piping and cording. There is a significant different between the two but they very much go hand in hand.

The main difference between piping and cording is that cording is the starting product which is bought and used to transform other items such as furniture and costumes, piping is the technique which consists of covering the cord with fabric to create decoration and embellishment.

In this article I am going to define what each of the words mean, what both are and what they are used for along with the differences between the two.

Piping is a type of embellishment and decoration which consists of a strip of fabric that is folded around a piece of string also known are a cord to create a 3D effect. This is

In sewing, piping is a type of trim or embellishment consisting of a strip of folded fabric so as to form a “pipe” inserted into a seam to define the edges or style lines of a garment or other textile object. Usually the fabric strip is cut on the bias.

Piping is a strip of fabric with the right side facing out and a piece of cord running down the middle, the fabric then gets pulled together around the cord to cover it completely. The cord is there to create the circular shape and create the 3D effect.

The piping is then placed in the middle of a seam to sit just on the outside of the seam to create the 3D effect.

What Is It Used For?

Piping is often used for a number of different things from homewares, clothing and costumes. Piping is very commonly used in theatrical costumes especially those that are set in the past. This is due to these styles of techniques being used on the clothing at that time period.

Piping is more commonly known and used today on furniture, soft furnishings and bags. It is used to create borders around cushions, bedding and footstool along with many other types of furniture.

Piping is used within the seams of your project to create a 3D effect on the garment or around the edge of a cushion or sofa. It was common to be placed down the seams of a ladies bodice in certain periods to create elegance, wealth and to show as much embellishment as possible.

Now it is used more like a subtle decoration on home furnishings, also creating a 3D effect but with much more toned down colours and fabrics.

Can You Buy It Or Do You Need To Make It?

You can sometimes buy piping but it is more common to make it yourself. You can make piping easily using bias tape and cord.

The benefit of making your own piping is that you can create as much or as little as you need for your project. You can choose the fabric to suit your project and adjust it to look as you want.

Cording is a type of rope which can be found in a variety of sizes and can be used for a number of things but most commonly known for decorations and embellishments in sewing. You can use it on cushions and throws as a decorative feature or within a piece of fabric to create piping.

Cording is similar to string a rope where it is a dense circular tube of fabric made up of many smaller strands weaved together to create the thickness. It is hard to separate to create a smaller size and is better bought in a smaller size if required.

It is also very useful for bag makings, using in handles as it is strong and long lasting and once overed in fabric it can be very versatile.

What Is It Used For?

Cording is used for a number of things from using it as a decorative item on things such as bags and cushion covers or can be used in fabric to make piping.

Cording or cord is the material that sits between fabric to create an elbaorate and 3D embellishment on theatrical costumes, period costumes and home furnishings.

It is also used a design feature for many which is shaped into continuous scrowl of a word on cushion covers ans stitched into place.

It is also very common to use in handbags as straps whether covered or uncovered and in other small home decor items.

Do You Buy It Or Make It?

Cording is primarily bought from hobby stores, haberdasheries and fabric shops. It can also be found online on Amazon, eBay and independent retailers.

It isn’t common to make it yourself as it requires a tight weave and a specialist machine only normally found in factories.

What Is the Difference Between Piping And Cording?

The main difference between piping and cording is that cording is the starting product which is bought and used to transform other items such as furniture and costumes, piping is the technique which consists of covering the cord with fabric to create decoration and embellishment.

Cording is the product and material that is placed within piping to make the piping stand out, be full and give the 3D effect. Where are piping is more the word used for the embellishment and technique that is created using cord and fabric together. 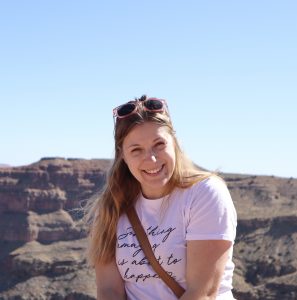